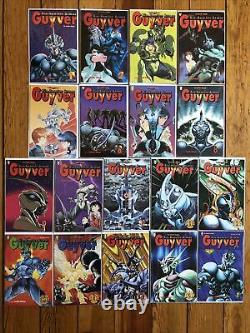 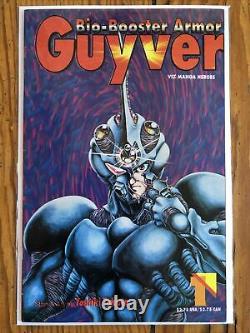 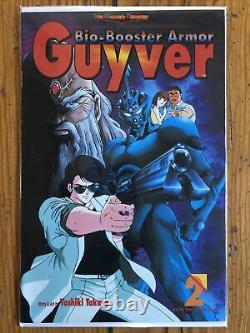 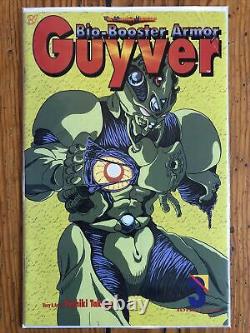 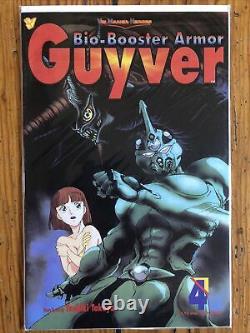 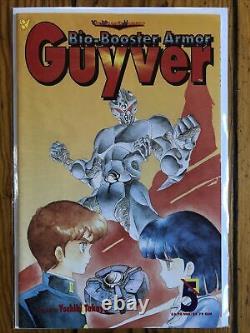 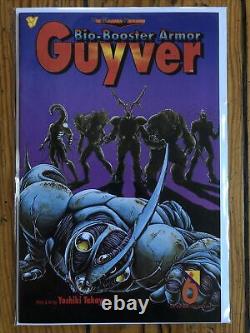 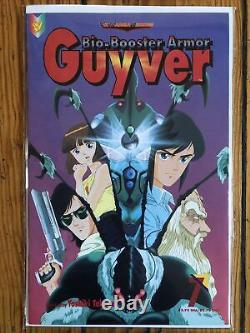 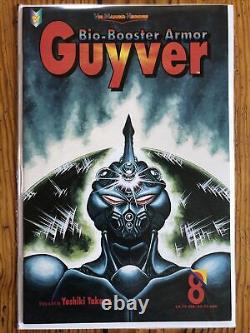 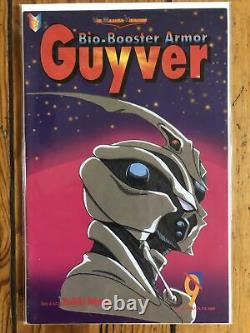 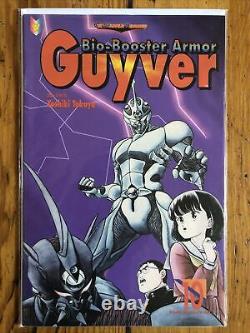 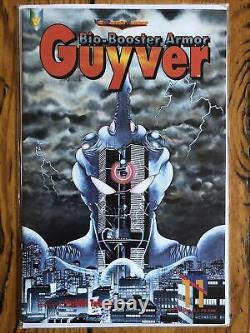 Issue #1-4 & 9 are GD/VG, issues 5-7 & 10-11 are VF/NM, Part Two issues are all VG/FN range, Part 3 #1 is FN. Comes sealed in acid-free bags/boards, between cardboard in a sturdy mailer (all made from 100% recycled material), from a one-man/single fathe indie shop. Story and Art by Yoshiki Takaya. After witnessing a mysterious explosion, junior high school student Sho discovers a strange, round device. When Sho accidentally turns on a switch, he's shocked to find himself transformed into a strange alien creature!

Sho must decide whether he will use his newfound powers for good... Sho discovers that a mysterious shadow organization known as'Chronos' is behind the recent attack on his life. Possessing the frightening bio-technology to turn humans into monsters, Chronos mounts a no-holds-barred search for the Guyver unit left behind by the aliens!

As Sho and Tetsuro slowly discover more and more details about the Guyver, Chronos launches a new operation to capture Sho and the Guyver unit! To make matters worse, Sho and Tetsuro are attacked at school by Zoanoids and the deadliest of enemies - another Guyver! After the defeat of Guyver II and the subsequent death of Risker Chronos, HQ sends Richard Guoh to take over the operations of Chronos Japan.

With him he brings Zelbubuth, a Hyper-Zoanoid. Sho must confront this new and powerful threat as well as deal with the appearance of...

Chronos' Japanese branch sends out an invitation to Sho in the form of'Enzyme,' a new prototype Zoanoid specifically designed to dissolve bio-booster armor! In order to protect school pals Tetsuro and Mizuki from his evil power, Sho must assume the Guyver once more!

Tetsuro is taken to the Japanese branch of Chronos and told of the diabolical plot hatched by Chronos to take over the world through the use of the beast-morphing Zoanoids! Without Sho, can Guyver III defeat Chronos? This item is in the category "Collectibles\Comic Books & Memorabilia\Comics\Comics & Graphic Novels". The seller is "vagabondcomics" and is located in this country: US.

This item can be shipped worldwide.